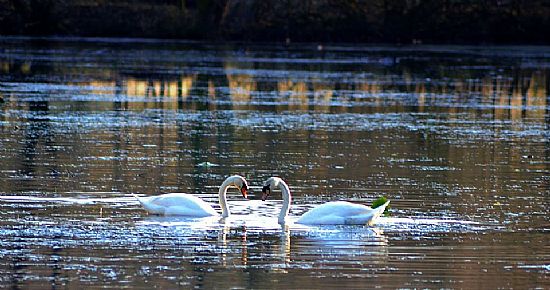 A pair of Mute Swans have arrived back at Nanteos, swans have been regular visitors to the Nanteos Lake throughout the centuries. 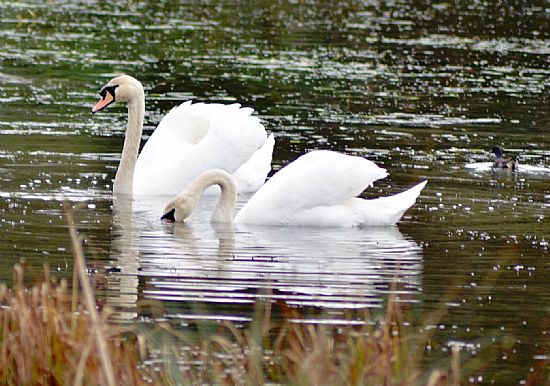 Swans have frequented the Nanteos Lake regularly over the centuries; in this man-made Lake that was constructed in around 1819, and is located on the main drive up to the mansion of Nanteos. It was made under the orders of William Edward Powell; probably to celebrate his stewardship of the estate and the marriage to Laura Edwina Phelp. He held the estate for 45 years.

Swans were introduced to the Nanteos lake from the onset, and as early as 1822 an incident happened where the swans escaped and were making their way down to the sea. Robert Oliver, the gamekeeper, leapt into action capturing and returning them to the Lake, before they had reached the River Ystwyth in Rhydyfelin. The gamekeeper received a reward of £0.5.6d for his prompt actions, though payment was not made until the following year.

In 1860 in the local paper a Christmas puzzle was featured in the 22 December 1860 edition of the Aberystwith Observer.

There is also a connection with Swans at Nanteos with George Powell who was in stewardship at Nanteos, for a brief time of four years, from 1878 until his death in 1881. In 1880 George wrote to his close friend, the poet Algernon Swinburne and told him of the heavy snow in the area and that it was 15 feet deep at Devil’s Bridge, and fairly deep at Nanteos. He added due to the lack of food around the frozen lake, a swan would walk up from the lake wanting food, walking into the mansion from any open door and waited to be fed. With George's passion of Wagner operas, especially 'Parsifal', he stated ‘I think of giving him a silver collar like Lohengrin’s swan’. Lohengrin was the son of Percival in the Arthurian Legends and a Knight of the Swan, who sent a boat pulled by swans to rescue a maiden who can never ask his identity. 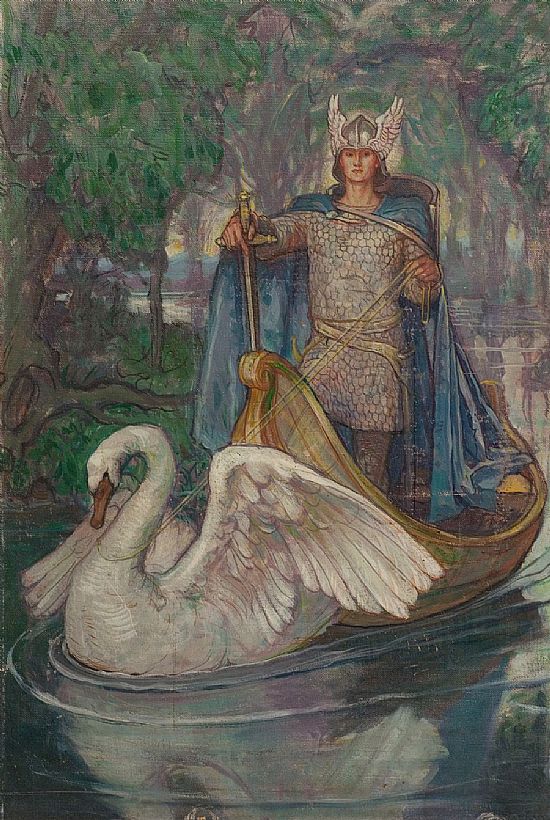 There are two connecting pools on the Nanteos estate; the Upper Pool at Capel Seion and the Lower Pool (the Lake) at Nanteos, both constructed around 1819, and connected by the meandering Paith Steam (Nant Paith).

Back in the day the upper pond was a regular place for fishing and otter hunting, and is often mentioned in hunting diaries of the huntsmen. 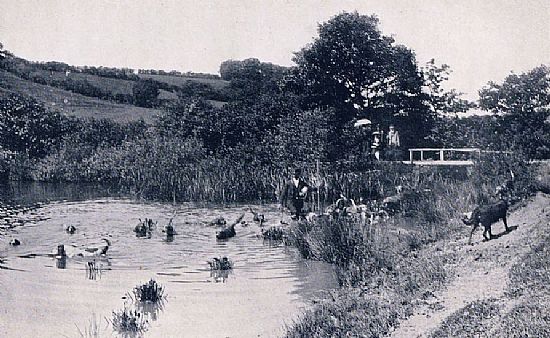 In this undated photograph of the Upper Pool, the groom can be seen in the water with the 'Nanteos Harrier' Hounds with onlookers on the bank.

The photograph below is of the Upper Nanteos Pool in 1999, the marshy area can be clearly seen in the centre of the photograph. However, by today the upper pond is hardly visible, very much overgrown with vegetation and has well established trees covering it. However, running water is still flowing through, and the bank (seen in the photograph above) is still slightly visible through the overgrowth.

The lower pool, with a central island, now the Lake near Nanteos has been highly maintained over the centuries, a weir controls the flow of the lake. With a pair of boats houses on the west side, sadly now in ruins. Two boats were regularly rowed side by side with a blade in between to cut the weeds, giving a mirror like vision for guests to view. The Paith stream hugs the lake, on the south and west side, complete with a decorative ornate cascading waterfall (only scattered fragments of slate survive today). A pleasant view to the eye while out horse riding or a pleasure walk in the grounds. 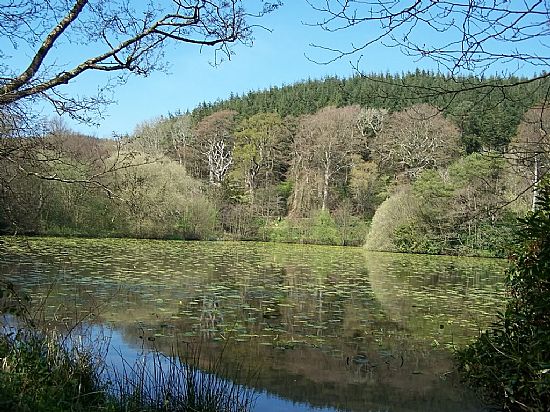 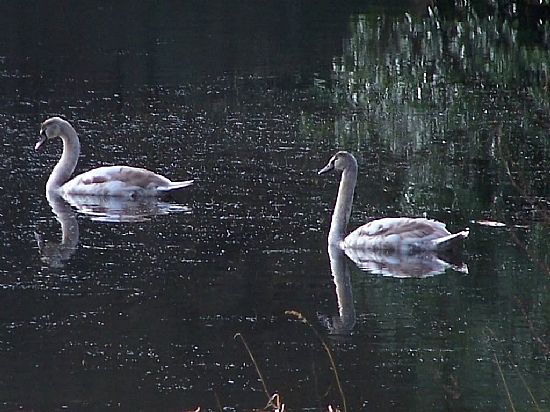 Cygnets on the Nanteos Lake in 2005