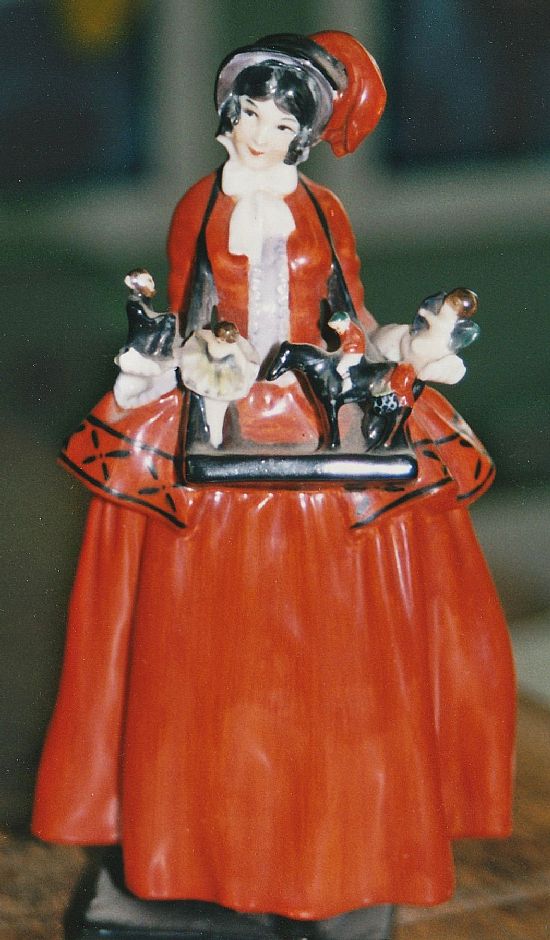 This is a figurine of ‘Miss Sketch’ produced by Royal Doulton in 1923. This actual figure, photographed above was found in one of the horse’s stalls in the Nanteos stables. It was well hidden and found carefully wrapped in straw and paper. 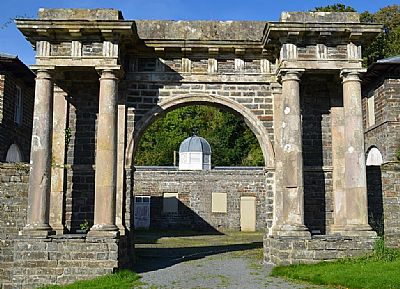 Nanteos Stables, where the figure was found

It was found by Rose Bliss in the mid 1970s, she owned Nanteos Mansion at the time. On inspection a piece of newspaper was pasted at the base. 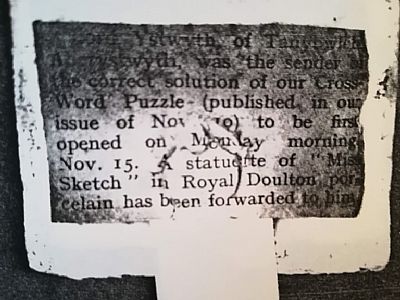 ‘Lord Ystwyth of Tanybwlch, Aberystwyth was the sender of the correct solution of our Cross-Word Puzzle (published in our issue of Nov. 10) to be first opened on Monday morning, Nov. 15. A statuette of ‘Miss Sketch’ in Royal Doulton porcelain has been forwarded to him.’

‘The Sketch’ journal called the figurine a ‘statuette of ‘Miss Sketch’ in Royal Doulton porcelain, its value is £4 4s.’

Looking at the date of the prize announcement in the journal, it confirms that it had lain hidden for around 50 years, before being discovered. It is said that Lord Ystwyth and Margaret Powell had a close relationship. It seems plausible that he had given it to Margaret Powell has a gift, with a newspaper cutting of the win pasted onto its base. It can be presumed that it was hidden by Margaret Powell, and that she took it upon herself to hide the gift, possibly as she did not want her husband Edward to see the gift? And there it lay forgotten, until it was found around 50 years later.

During investigation, it transpires that Margaret Powell had also won a Miss Sketch in 1926, a couple of month previously.

‘Mrs Powell, Nanteos, Aberystwyth, was the sender of the correct solution of our Cross-Word Puzzle (published in our issue of Aug. 25) to be first opened on Monday morning, Aug. 30. A statuette of ‘Miss Sketch’ in Royal Doulton porcelain has been forwarded to her.

This was published in the The Sketch on the 8 September 1926.

The friendship between Lord Ystwyth of Tanybwlch with Margaret Powell of Nanteos is document in history; and he probably did give her the occasion gift. Having two Miss Sketchs figurines, would have caused questions within the household so perhaps hiding the other 'Miss Sketch' would have been Margaret Powell’s idea of dealing with the predicament, and allowing it to be discovered in the future.

‘The Sketch’ was very much a High Society journal, full of articles about the Royal family and the aristocracy; published by the ‘Illustrated London News’ it was a weekly journal which ran for 66 years ending in 1959.

The Royal Doulton figure was formerly called ‘Sketch Girl’ with ‘444’ impressed on the base, introduced in 1923 designed by Leslie Harradine; and withdrawn by 1938.

‘The figure of Miss Sketch appeared on the front of the magazine and Doulton’s study is a very faithful copy of this peddler lady. In her tray she carries miniature figures representing the subjects covered by the publication: a ballerina for the theatre; a jockey for sport; a cupid for love stories, a soldier for current affairs and a devil who represents devilish satire’. 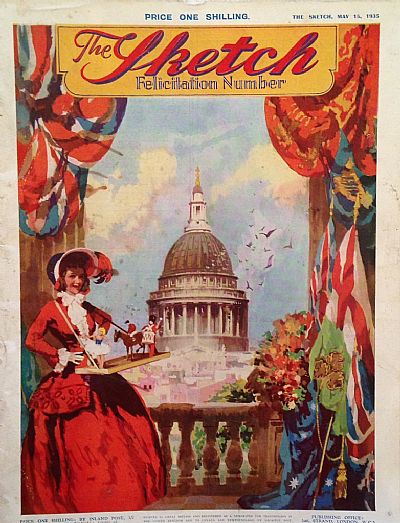 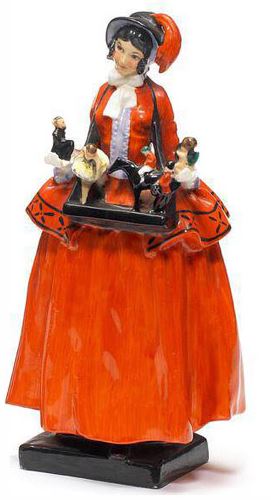 This 7 inch figure was commissioned by the Sketch Journal based on the front cover girl of the magazine. It was produced for advertising and not for general sale, hence a very rare Royal Doulton figure, which sells at auction for several hundreds of pounds today.

An interesting find at Nanteos, what other secrets does Nanteos hold, waiting to be discovered?