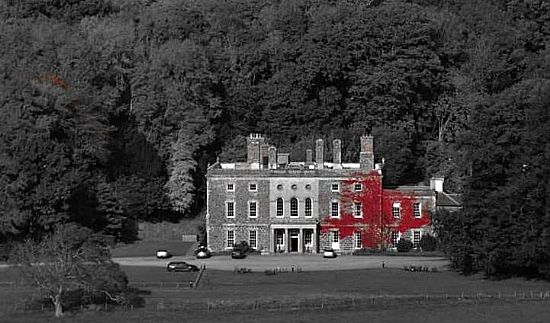 Nanteos is located on the B4340, The Trawscoed Road.
To get to Nanteos from the A487 (Aberystwyth to Cardigan Road). Turn on the the A4120 (Devil's Bridge Road) at South Gate. Turn immediately right onto the B4340, passing the Powell War memorial. One mile down the B4340 road on the left hand side turn into a small narrow junction with the T juction sign, carry on down the lane for a mile until you reach Nanteos Lodge take the right hand lane and continue until you arrive at the mansion. 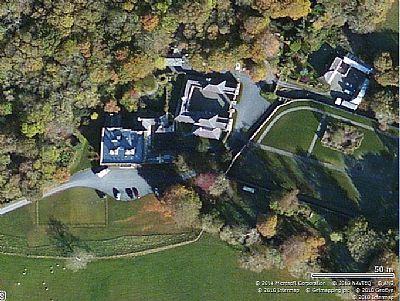 (© The Royal Commission on the Ancient and Historical Monuments of Wales)

Nanteos and it's once vast estate has a wealth of history. This web site attempts to bring to life the history of a time gone by.

Nanteos Mansion, a large, square, Georgian building, is surrounded by the unspoilt beauty of the Welsh countryside, which lies in the Paith Valley, near Aberystwyth, Mid Wales. The site has a long history of occupation: an earlier dwelling known as Neuadd Lawdden existed there for many centuries before Nanteos was built, evidence of a previous dwelling can be seen in the cellar. 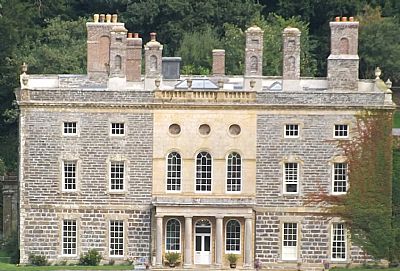 The present Nanteos was built by Thomas Powell in 1739. Extensions and alterations were added during the 19th century and are in keeping with the Georgian Mansion. The Powell family continued to live at Nanteos for over 250 years. Many of the Powells were influential members of Parliament, and played a huge part of the development of Aberystwyth and the county of Cardiganshire. 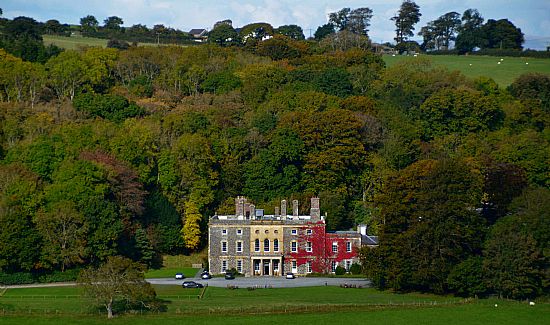 The last member of the family living at Nanteos passed away in 1951 (however, there are many Powell descendants living elsewhere throughout the world, today). With the demise of the Powell family at Nanteos, the mansion was sold. After many different occupiers Nanteos is today, a privately owned hotel. The house has not been altered since the time of the Powell family but has been restored in keeping with its historical origins. 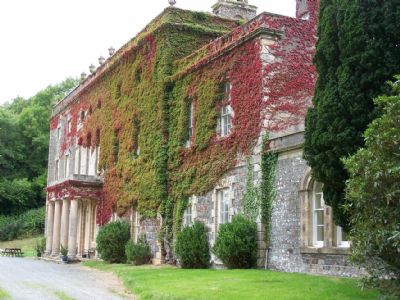